Nationally, over 44,000 individuals with significant disabilities are employed under AbilityOne at an average wage of $11.94/hr. Goodwill Industries in central Indiana operates 11 AbilityOne contracts that employ a total of 223 people. Over 80% of the direct labor hours on those contracts are performed by people with disabilities. They clean 2.5 million sq. ft. of space a day, provide grounds keeping, shelf stocking, and mail room services. The lowest starting wage is over $11/hr., plus a benefit package worth over $3.00/hr. The jobs are stable, and the working environment is clean and safe. 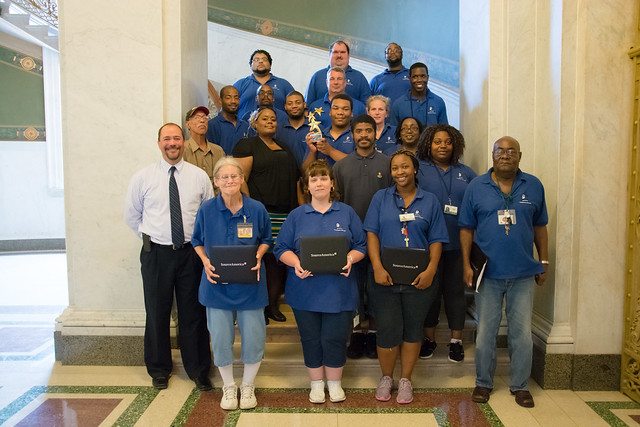 One of our AbilityOne contracts is in the Birch Bayh Federal Building and U.S. Courthouse, a magnificent building in downtown Indianapolis. Our 18 employees there clean over 333,000 sq. ft. of office space and provide general landscaping and maintenance of the grounds. All of our employees at that site have a significant disability or other major barrier to employment. Three of them have been with us since we obtained the contract in 1996.

Our contract is with the General Services Administration (GSA), which manages the building. A third party not-for-profit organization now known as SourceAmerica helps link organizations such as ours with participating federal agencies.

We must meet all of the requirements that any other firm doing the same work would have to meet, and our people consistently do terrific work. In fact, GSA and SourceAmerica recently presented our team with a Partners in Service Excellence Award for outstanding work over a long period of time. In addition to consistently performing their work at a very high level, our team has not had a work-related accident in 15 years. Simply put, they are outstanding. 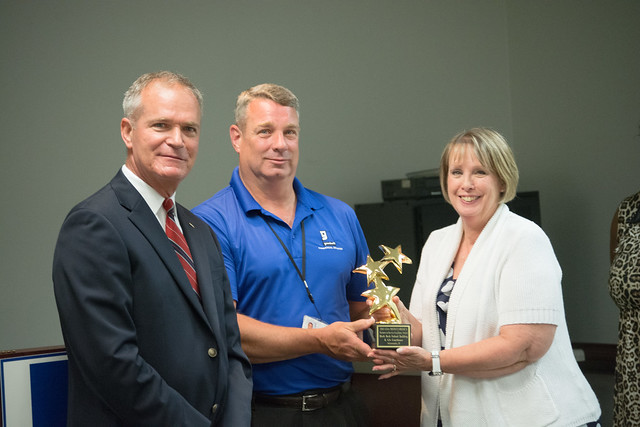 In my view, this is an example of a program that could be used much more extensively to provide work at good wages and benefits for people who are frequently among the last to be hired and the first to be laid off by many companies. These contracts work well for the workers, the federal government, and for society.

Some critics of this program feel the federal government could get the work done at less cost. That is debatable. What is very clear to us, though, is that when all factors are included, using this program to employ people who might otherwise not be working is far less expensive than would be the combined cost of providing entitlements and other income supports to those individuals while also paying another contractor to provide the services that could have been performed under an AbilityOne contract.

Add the intangible value of this program to the employees and members of their families, and the total benefits to society are enormous.

On April 22, 2015, Jim retired as President and CEO of Goodwill Industries of Central Indiana, Inc. after 41 years in that position. He continues to work part-time as an advisor to the Goodwill Industries Foundation of Central Indiana, Inc. During his career with the Indianapolis-based Goodwill, the organization grew from 558 to more than 3,200 employees and from $3 million to $130 million in annual revenue. Upon Jim’s retirement, the organization consisted of 57 retail stores, e-commerce operations employing over 100 people, 10 commercial services sites employing over 300 people, and 10 charter high schools with a total of more than 3,200 students. Two-thirds of Goodwill’s employees have limited options because of a disability, felony record, low education level, or other significant barrier.
Back to top
Loading Comments...
%d bloggers like this: